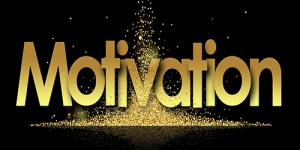 Paul wrote to the church in Thessaloniki about their motivation to do ministry. He said this in chapter 2, verse 3-6:

3 For the appeal we make does not spring from error or impure motives, nor are we trying to trick you. 4 On the contrary, we speak as those approved by God to be entrusted with the gospel. We are not trying to please people but God, who tests our hearts. 5 You know we never used flattery, nor did we put on a mask to cover up greed—God is our witness. 6 We were not looking for praise from people, not from you or anyone else, even though as apostles of Christ we could have asserted our authority.

Paul reminds the Thessalonians of his ministry among them. Having come out of a bad situation in Philippi where he was arrested, he remained bold in his proclamation of the gospel.

He proclaimed the gospel without error, impurity or deception.  Integrity was high on Paul’s list of desired character traits. He taught the truth, for their good, not his, with no need to trick them into the kingdom. When you trust the power of the gospel you neither need nor want to resort to tricks or shortcuts.

Paul was seeking only God’s approval, not men. His employer was God. He was beholden only to Him. He had only Him to please. This gave him the freedom to speak truth without worry about the response.

Paul spoke without flattery or greed. Because he was dependent only on God the Father, he did not attempt to manipulate his audience. He didn’t need to win their approval to gain big offerings. He trust the Lord to meet his needs.

He was intent on sharing the gospel without seeking personal glory. Paul had no need for fame. He had already been famous and that had left him empty and without hope.

So now we must ask the question: Why are you doing this? What is your motive? What, if anything, are you hoping to get from this? Watch out for the ministry traps found in bad motivations:

The gospel is sufficient. God’s Word is powerful enough. The Holy Spirit convicts the heart. The Father is trustworthy.